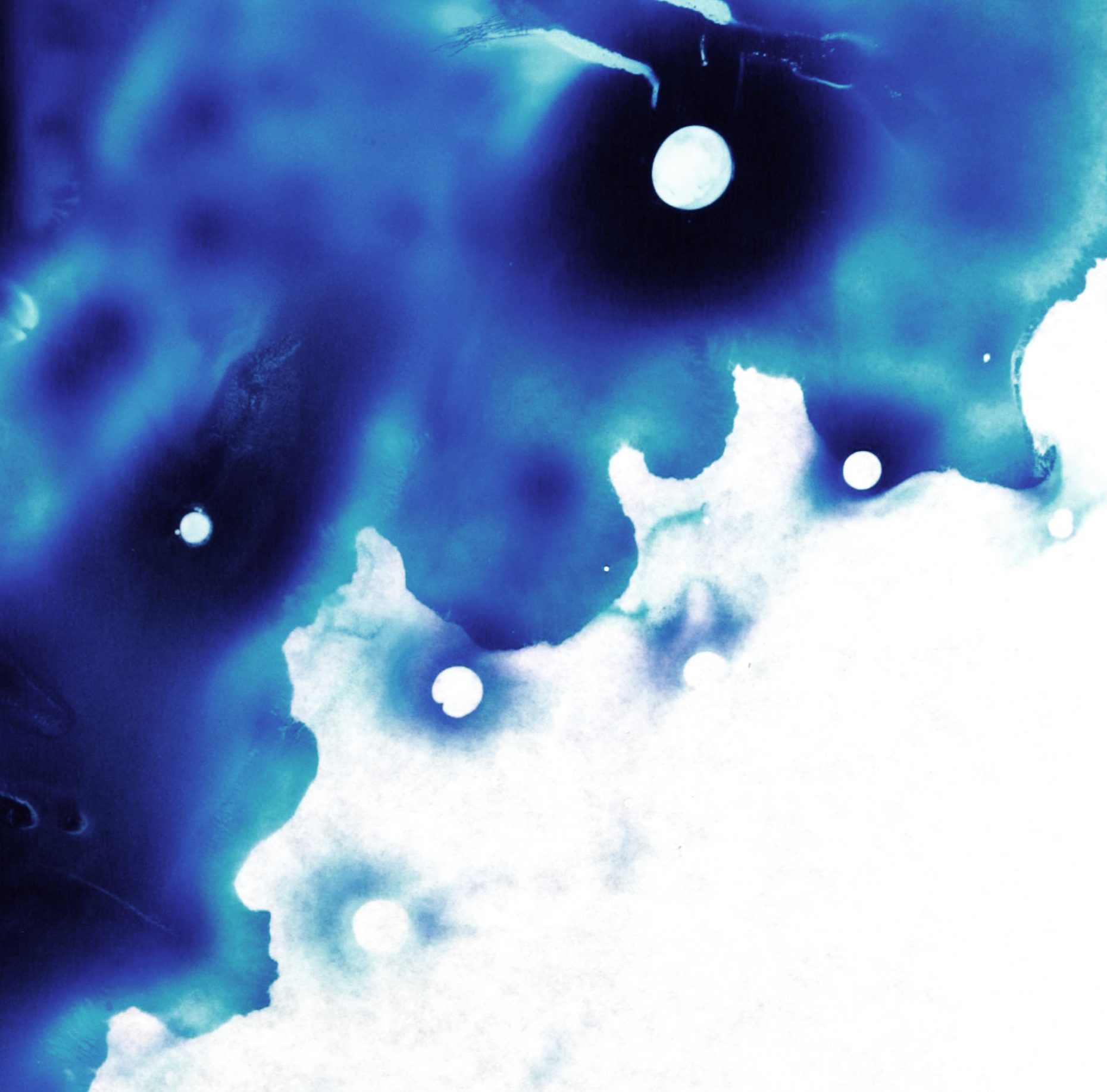 As she passed the large threshold, a warm breeze of air invaded her veins, making her body uncontrollably shiver of joy. There was a red, blooded light enveloping the space, somehow looking mysteriously different from the outside. She felt welcomed and secured. The continuous interplay of curious shadows was obscuring the space, puzzling her, as she did not perceive any corners or limits. Her footsteps echoed powerfully so she understood the greatness of the space. This bizarre encounter with the powerful red determined her to pause for a moment and immerse herself into the color. 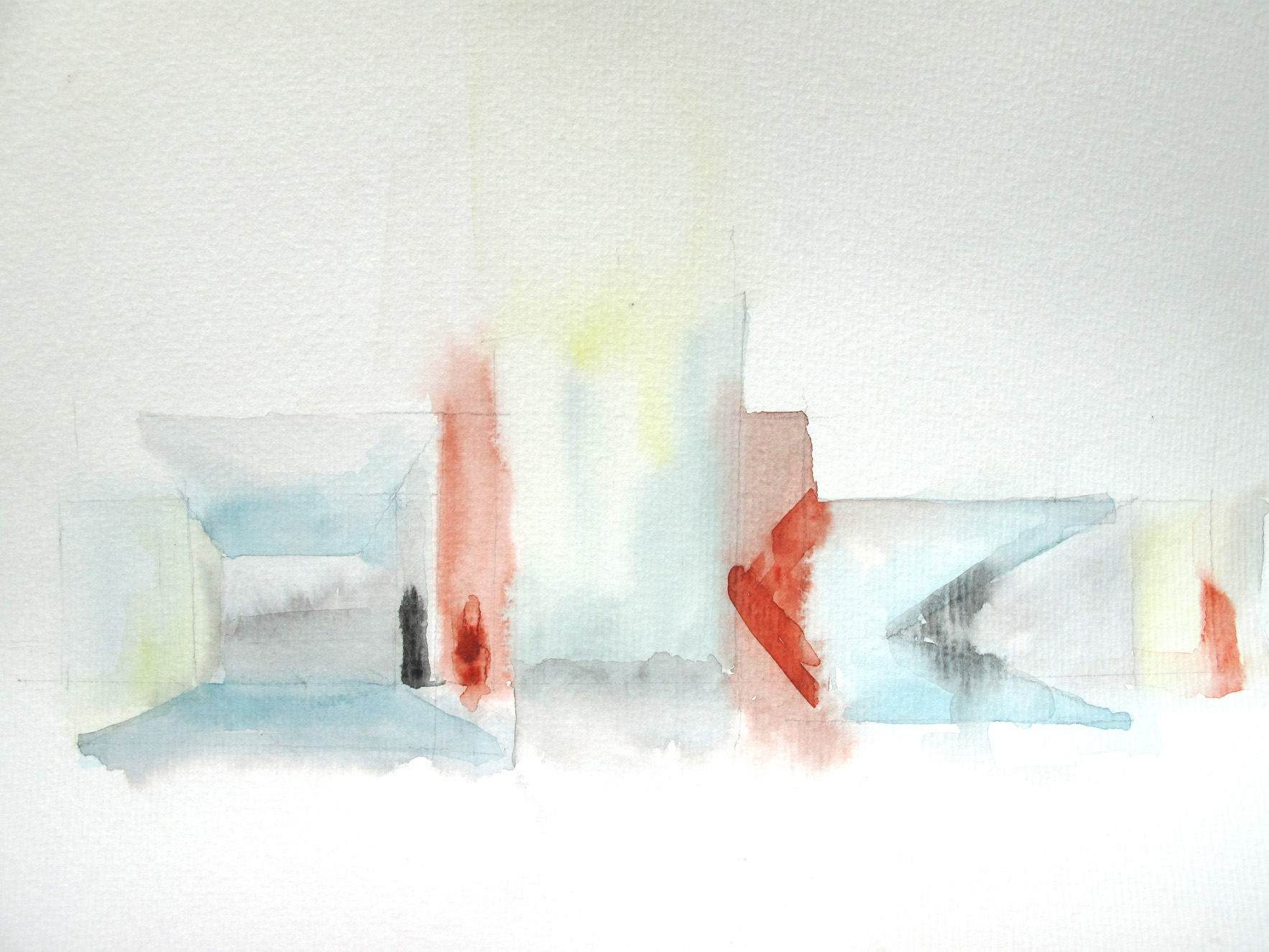 The project investigated the interior design development of a Chromo therapy center in the port of Rotterdam. A programmatic island aimed at restoring the lost balances in the human body. 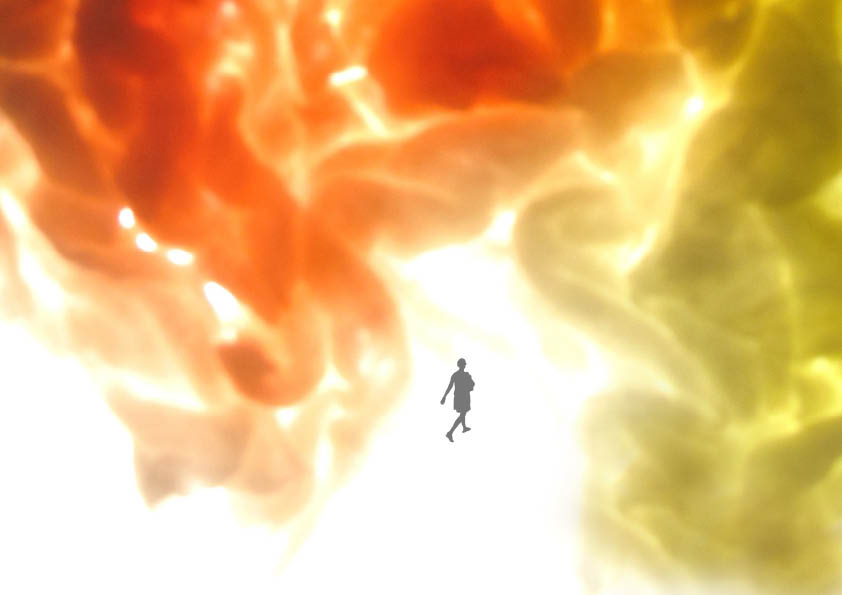 Wonderland proposed an alteration in reality, a space that appears as bizarre and unfamiliar, utterly contrasting with the environment it is located in. 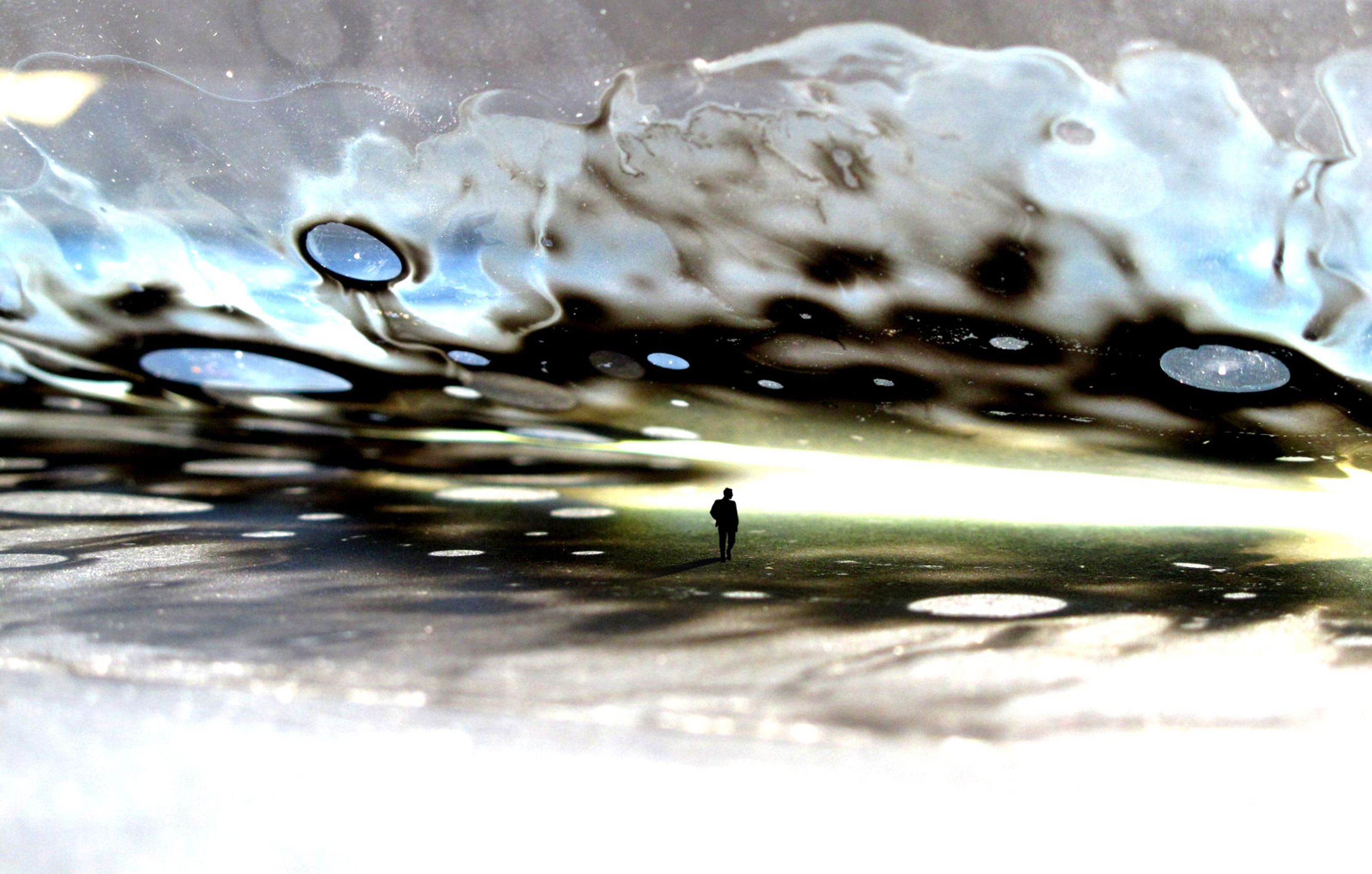 A new world reveals itself and marks the conjunction between the spiritual and the material, between imaginary and reality and between universal energies and human typologies. 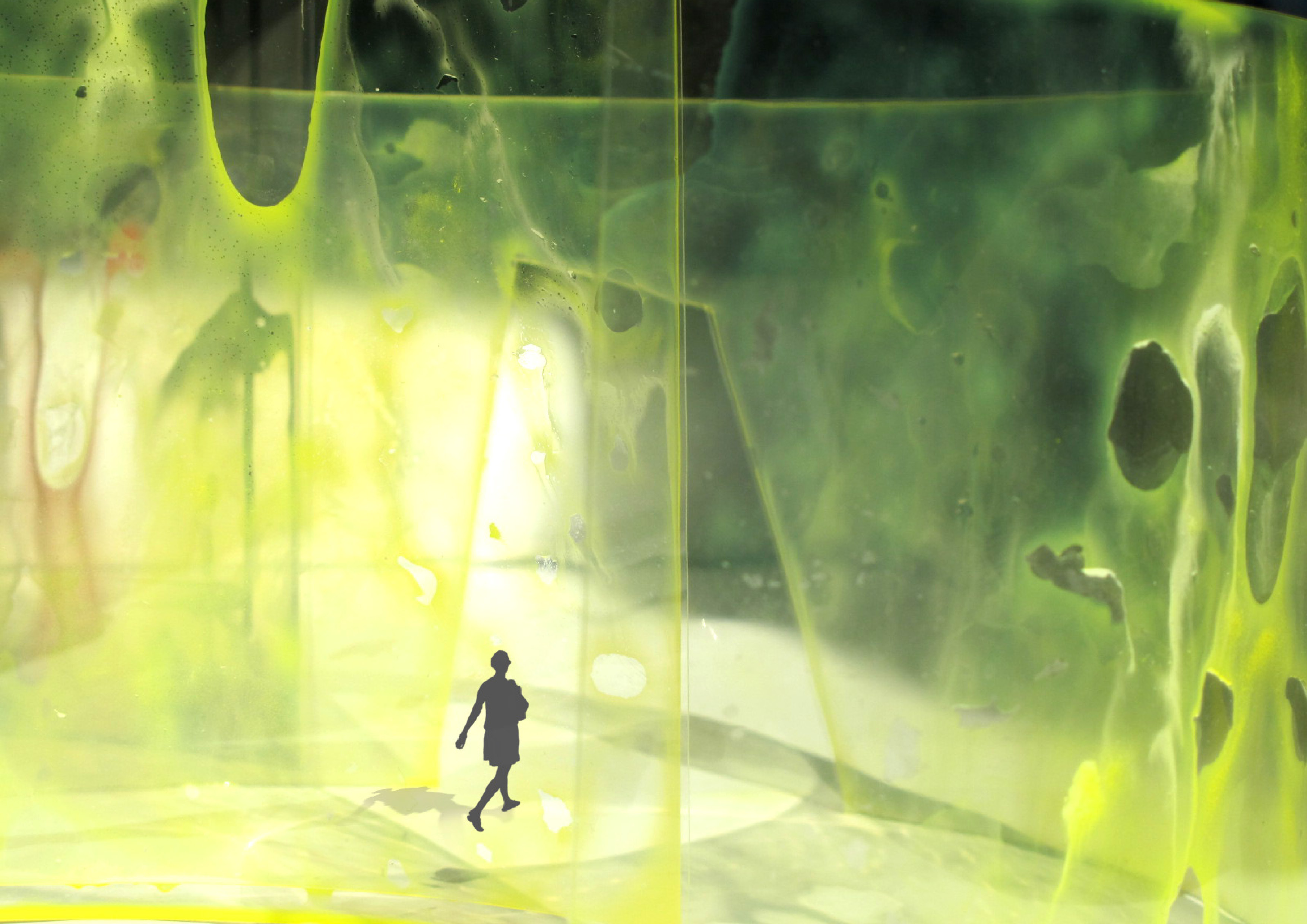 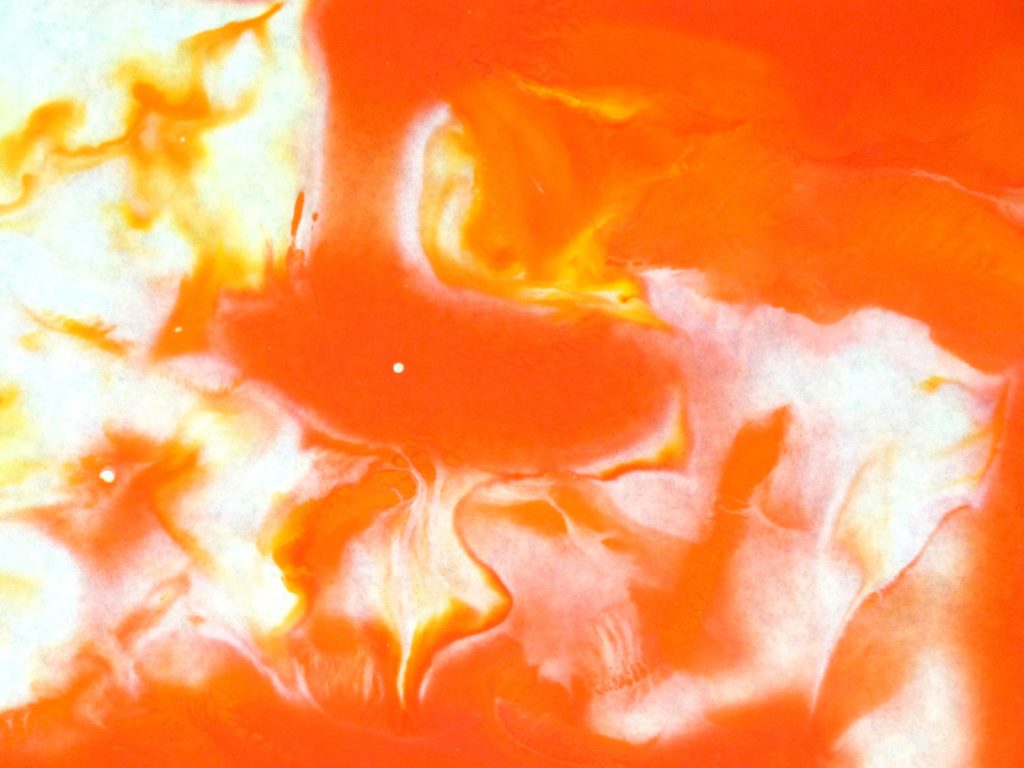 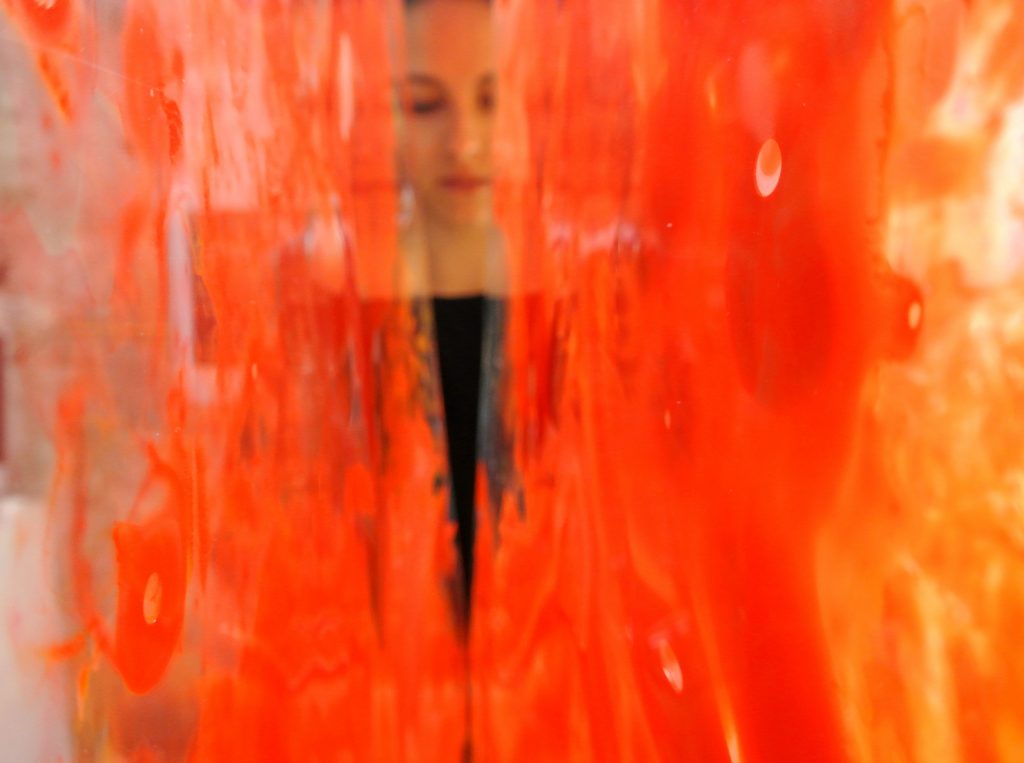 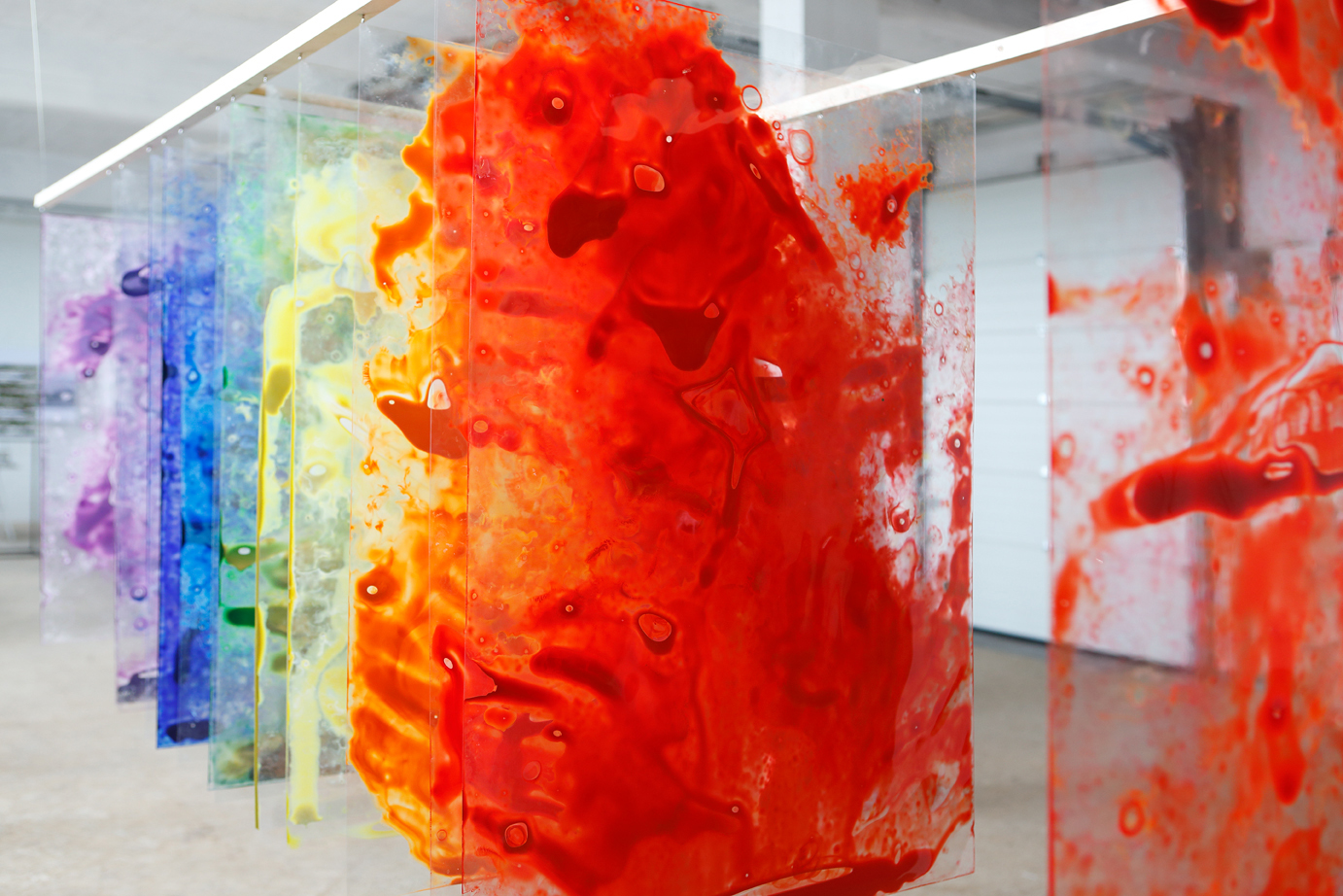 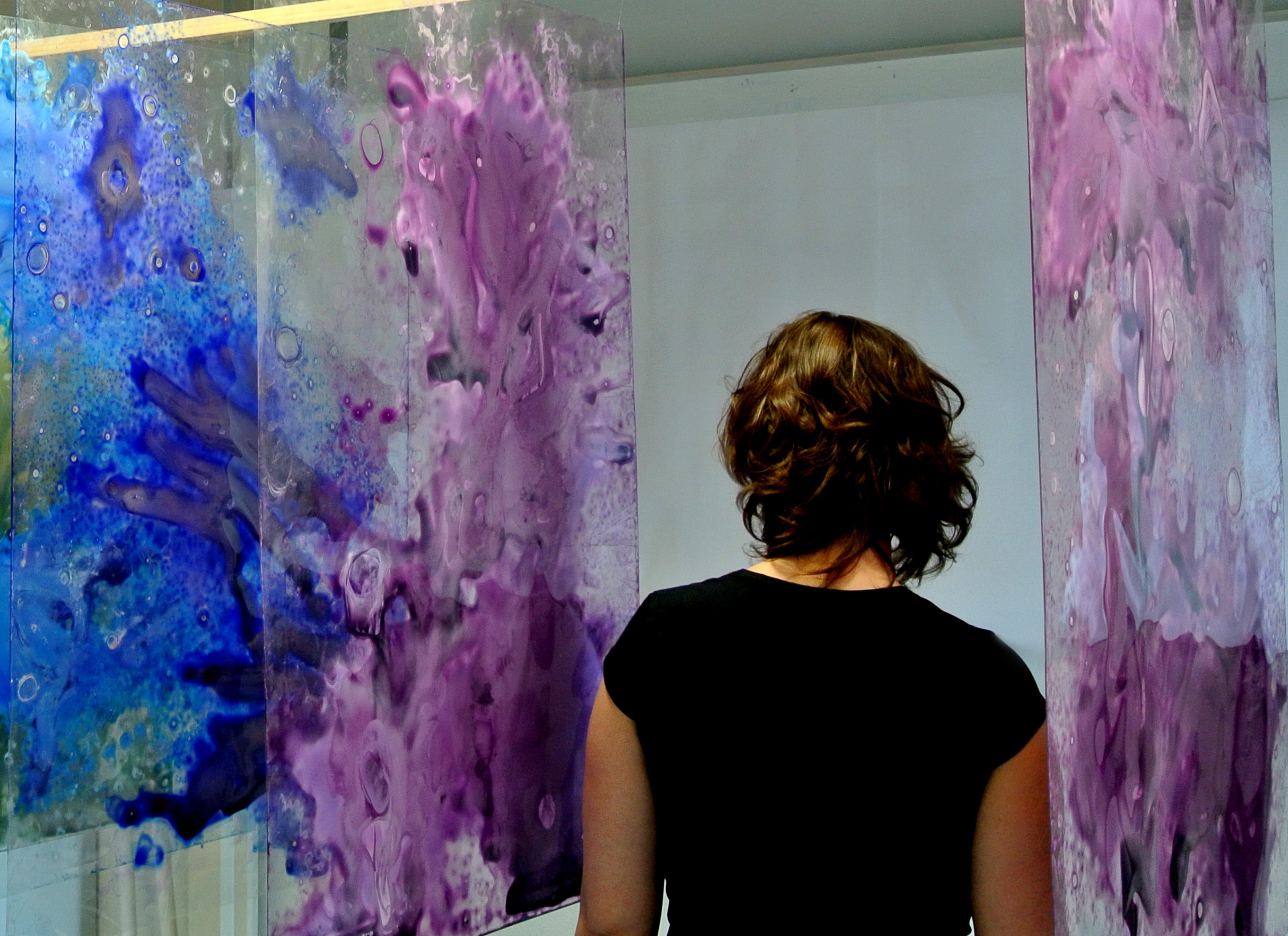 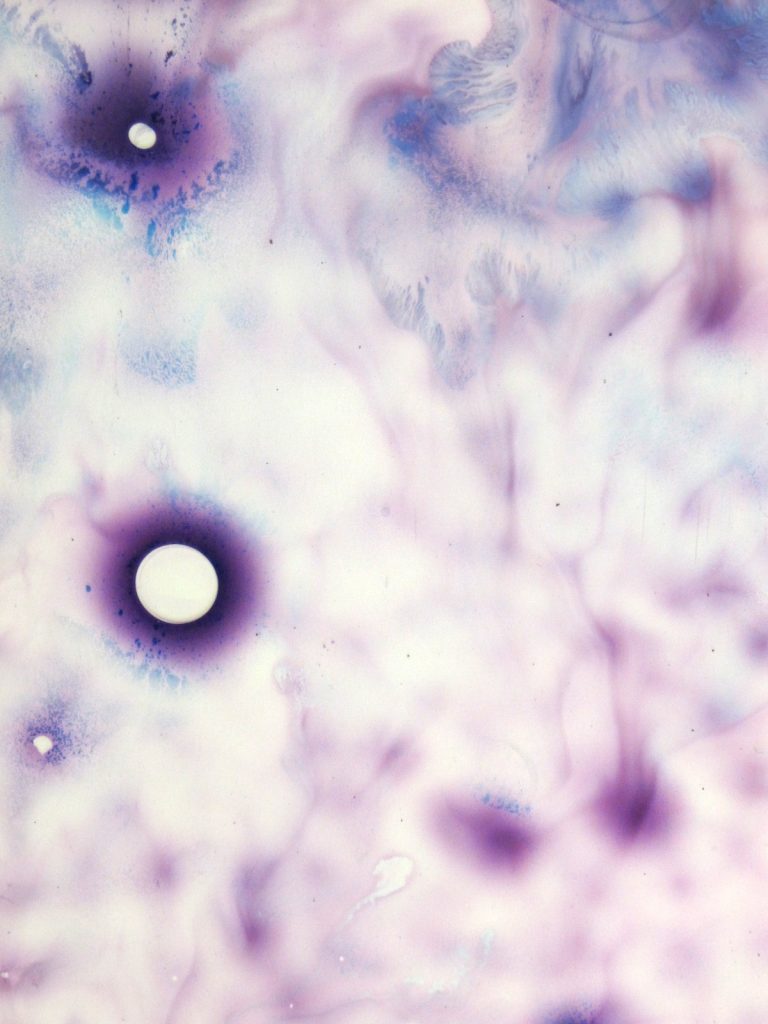